“Establish a presence-centered community with a missional focus”

Simple: Knowing and being known by God. Simple and pure devotion to Jesus Christ

Authentic: Really following Jesus. Living fully surrendered and holding nothing back from him is what defines an authentic disciple

Intentional: We intend to bring Jesus the reward of his suffering. Therefore we bring the gospel to bear on every sphere of influence we’ve been given. We embrace purposeful strategy to fulfill our mission

Community: We are meant to live life in the context of community and cannot fulfill our purpose apart from that. Fellowship with other believers is critical to our spiritual growth

Steven and Crystal carry a burning desire to see the church activated into her identity and calling as the Bride and Body of Christ. Their greatest joy is spending time with their two children, Jade and Cadence. 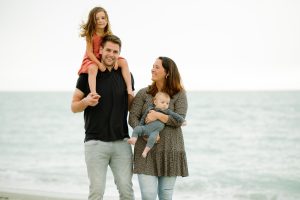 Dave has a passion to see people discover their identity in Christ, be activated in their God-given talents, and see the Kingdom advanced in all spheres of society. He loves to travel and spend time in nature which is where he connects most deeply with his heavenly Father. 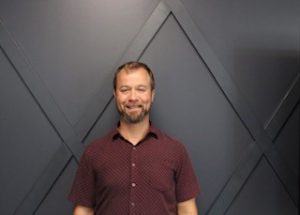 Levi and Katelyn are called to serve and shepherd the Body of Christ and have a passion to see people walking in wholeness and freedom. They oversee all of our Life Groups and love to see people activated into discipleship and authentic community. They are joined in their ministry by their three children Ava, Lincoln, and Roman. 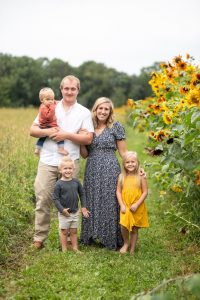 Scott and Kelly enjoy time with people and building relationships around a common goal. Collectively, they make up 22 years of worship team involvement and they provide leadership to the “Creative Arts Collective” which includes our worship, sound, and media teams. 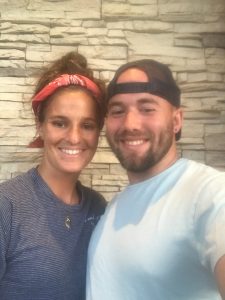 Jesse is passionate about seeing people encounter God and seeing the Lamb “receive the reward of his suffering!” (Revelation 5:12) Jesse oversees our prayer room and is deeply invested in raising up prophetic intercessors and worshippers. 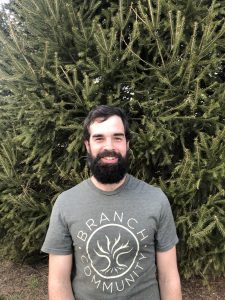 Board of Directors – The role of the board is to provide oversight for Branch Community.

The Upper Room Season
The story of this spiritual family began in May 2015 when 3-4 young people began to meet in a basement every Wednesday night to pray for revival. Over the next few months the little prayer meeting doubled and then tripled in size and soon became known as the Upper Room. As the autumn of 2015 gave way to winter the Upper Room continued to grow and attract those who were hungry for more of God. It wasn’t much longer before we had to move out of the little basement and into the upstairs of a nearby barn.
Over the next few years we continued to gather weekly to pray but with a limited leadership structure and without a declared vision; therefore, enthusiasm waned as the seasons of life rolled on. By June of 2017, the Upper Room no longer met weekly although we still gathered frequently for fellowship and community.

The Transition Season
We were unable to escape a growing sense that the purpose of God had not yet been fulfilled for the Upper Room and so we began weekly prayer meetings again in August of 2017. That fall a Core Team was established to bring leadership and vision to the Upper Room. In the spring of 2018 God began to speak about a larger vision and we sensed that He was calling us to press “pause” once again. With a team of 15-20 people we began to ask what God truly desired of us as a community. It was during this time of searching that God began to release the vision for what we are now beginning to walk in and experience.

In October of 2018 we launched Ministry Night and a few months later Community Groups were launched. It was also during this time that God confirmed to us that he was giving us a new name- Branch Community. In May of 2019 we held the first ever Branch Leadership Retreat with 25-30 leaders gathered in Dauphin County, PA. This was “an appointed time” for us as a community where God brought unity and clarity around the vision which then led us into a season of growth and impact. We were able to develop a collaborative relationship with Ridgeview Mennonite Church that summer and we started renting space from them, giving us the chance to expand into a dedicated area with an office, kitchen, and prayer room.

Planting A Church
It became clear to us in the summer of 2019 that God was leading us to establish Branch Community as a local church body. In the fall of 2019 we began to lay the groundwork for planting the church. We worked hard through the fall and winter to prepare for this significant step and God’s hand was upon the work. On March 15th,2020 we launched Branch Community as a local church with a 110 people in attendance. Enthusiasm was high as the Lord encountered our hearts that first Sunday night and we were bursting at the seams with gratitude, passion, and vision for so much more. It was that very week that the reality of Covid-19 hit and smashed our carefully laid plans! The months of April and May were filled with uncertainty and confusion as all of our regular rhythms of gathering were disrupted. Yet in these very months, a new rhythm emerged- a rhythm of prayer. Every Thursday night we would gather as a tiny remnant of 5-10 people and cry out to God to intervene on behalf of our church, our community, and our nation. It was in this season that God began to restore our hope as he spoke about a season of greater things to come. Covid-19 became a season of divine pruning for Branch Community, as activity ceased above the surface, our roots went down deeper into His unchanging nature and character. We began to emerge again in June, meeting when and where we could and slowly regaining momentum. By the time August rolled around we were in another season of growth and increased impact with people being saved, healed, and baptized. God is so faithful to move in our midst and encounter hearts and lives with His power and love! We believe this God story had just begun as we contend for the fulness of His purpose across our region. There is more!!

Are you hungry for revival, awakening, and transformation? Then consider this an invitation to join us as we pursue the greater things. Worthy is the Lamb to receive the reward of his suffering!